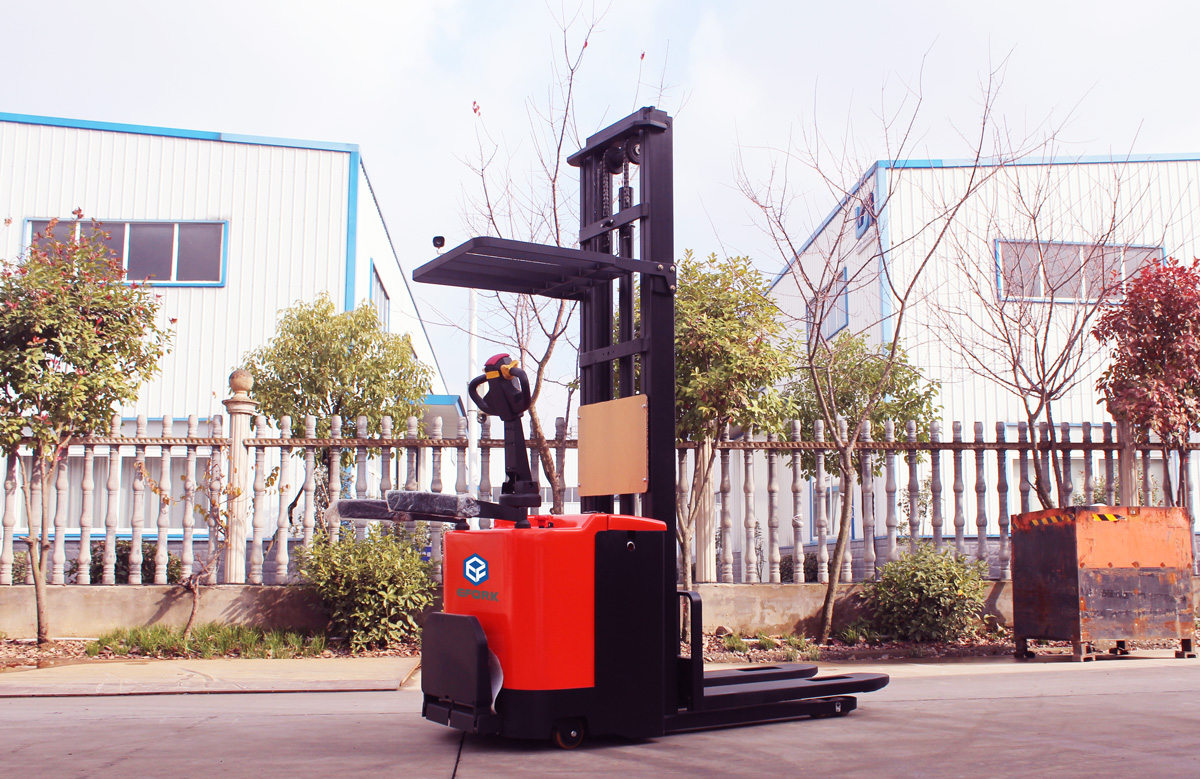 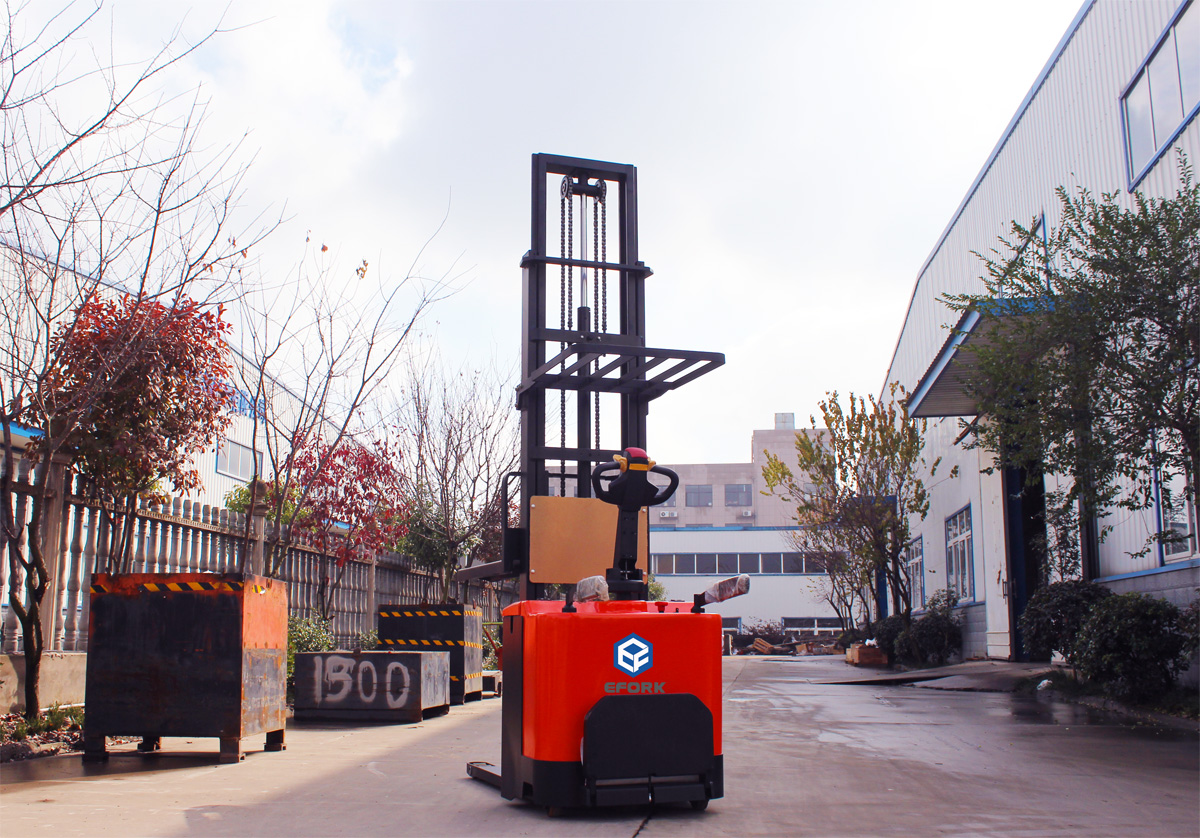 The drive speed control system of the AC electric forklift consists of a battery, an AC controller, an induction motor, an accelerator, various switches, display instruments, related wiring harnesses, and mechanical transmission devices. The DC power supply of the entire vehicle is provided by the battery pack. The AC control system is a typical CAN-based system. The CAN interface management AC controller, intelligent display and other accessories and CAN bus are connected to the vehicle system to provide easy information on the condition of the vehicle equipment. The AC controller converts the DC power source from the vehicle battery to a three-phase AC power source with variable frequency and current, driving the corresponding induction motor. The operator adjusts the induction by digitally controlling the amount (direction switch, seat switch, safety switch, hand brake switch, etc.) and the analog control amount (accelerator and brake) and transmitting feedback signals through sensors such as speed, temperature and current. The speed and torque required by the motor drive the truck to run.
At present, the induction motor variable frequency speed control methods commonly used in engineering electric vehicles include constant voltage frequency ratio control, slip frequency control, vector control and direct torque control. In the domestic electric forklift industry, there are several brands of induction motor controllers such as Sweden's DANAHER, Italy's ZAPI, and US's CURTIS. Each system is based on the CAN bus control system. At present, the controller brand of Anhui Yufeng is the US CURTIS.
The vector control method based on slip frequency control is based on the constant voltage frequency ratio control. The torque of the asynchronous motor mainly depends on the slip frequency of the motor. In the dynamic process of sudden change of the running state, the torque of the motor will deviate due to the transient current, which hinders the sudden change of the operating state and affects the rapidity of the action. . During the control process, one of the rotor, stator and air gap magnetic fields is kept constant, and the torque of the motor is the same as that at steady state (mainly determined by the slip frequency), so that the torque current in the dynamic process can be eliminated. Fluctuations, which improve the dynamic performance of general-purpose inverters. The basic control idea is to increase the stator current, phase and frequency as the control quantity, keep the rotating magnetic field of the motor unchanged, thus change the control frequency of the magnetic field, and then control the stator current vector and two components according to the desired torque. The phase between the inverter controls the output frequency of the inverter. This control method can obtain the torque response without delay.